This story originally appeared in the Fall 2015 Gateway newsletter. 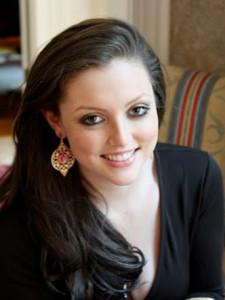 Claire first became involved with Fellowship Hall when friend and board member Jerry Shelton invited her to join the golf committee. “I readily said yes!” Claire and her husband Patrick, have both become avid volunteers and friends of the Hall, serving as co-chairs for this year’s E. Raymond Alexander, Jr. Memorial Golf Tournament. Claire also supports Fellowship Hall as a council member, where she has served as secretary, as a 5th step volunteer, and she played an integral role in facilitating the involvement of several high-profile political and community leaders at the elected officials breakfast this past spring.

Continuing her passion for service, Claire volunteers at Higher Ground, a service of the Triad Health Project, which is a day center for those both infected or affected by HIV/AIDS. “I don’t really like to call myself a volunteer; I feel like I get as much out of the house’s activities as its guests.” At Higher Ground, Claire participates in healing activities and helps plan and set up lunches for the guests, but mostly she spends her time building relationships with the guests.

And it’s that compassionate spirit that lead Claire into the medical field, but not without a brief detour.

After studying computing and information technology and political science at Guilford College, Claire worked as the North Carolina data director for a presidential campaign. After the election, she worked for former congressman Howard Coble as his scheduler and community relations manager. She considers Coble her greatest mentor. “He doesn’t think he is any wiser than anyone else. Everyone is his equal. He’s the epitome of humility. He doesn’t talk the talk but he sure does walk the walk, and luckily I’ve been witness to that.”

Not long after graduating from college, Claire says she felt called to the field of medicine. You might say she came by it honestly: her mom is a registered nurse and her dad is an anesthesiologist.

Claire began her journey to medicine while still working for Congressman Coble. She shadowed healthcare professionals, completed her prerequisite, and when Coble retired, she began work as a medical scribe at Wake Forest Baptist Health.

Her drive to advocate for those whose voices and stories often go unheard is what keeps her motivated. “I believe stigmas impede progress and so I am passionate about eradicating the stigma of diseases as varied as alcoholism, HIV/AIDS, and obesity.”

Her dedication and hard work towards this effort is demonstrated in one of her favorite quotes:

“He that would eat the fruit must climb the tree.”

Claire hopes to continue this progress by enrolling in medical school next fall. She hasn’t yet chosen a specialty and says that her interests are wide and varied.

In her downtime, Claire’s favorite hobby is decorating. “I’ve never seen a blank wall I didn’t want to hang something on.” She’s also an ardent Harry Potter fan. Not only has she read each book in the seven-book series more than 7 times, she also “identified the diadem of Ravenclaw as a horcrux in book six”… whatever that means! We’ll leave the Harry Potter trivia to you, Claire.

Claire and Patrick Lanier live in Greensboro with their cat Annabelle, and dogs Ruger and Etta.