Important information regarding Fellowship Hall's commitment to our guests, their families and our staff in response to the COVID-19 pandemic. We are open. Please read our COVID-19 UPDATE
Fellowship Hall » 12 Steps » Step Twelve 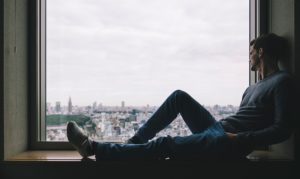 A blend of spiritual awakening, carrying the message, and daily practice
Step Twelve of Alcoholics Anonymous consists of just 28 words:

“Having had a spiritual awakening as the result of these steps, we tried to carry this          message to alcoholics, and to practice these principles in all our affairs.“

Learning to do all this is not easy. To get started, divide the Step into three parts.

First comes the concept of “spiritual awakening.”
This has many meanings. For Bill W., the co-founder of AA, it was a sudden, dramatic and life-changing event. In his autobiography, Bill recalled that he was bathed in light and seized by an ecstasy beyond words:

After that moment, Bill never took another drink. Yet in the book “Alcoholics Anonymous,” he explains that this kind of experience is not required for recovery. Instead, most spiritual awakening happens over time in a subtle and gradual way.

“I’m not going to sit here and tell you that I’ve had a white-light spiritual awakening moment,” says Kimberly M., a recovering alcoholic. “For me, a spiritual awakening is a whole different ball of wax—a moment of clarity when I can say ahhh…now I understand.”

Those “aha” moments are regular events for Kimberly, who acts as a sponsor for several women in recovery. Kimberly’s sponsees call her daily, and each week she meets with them in person. “We talk, and I can see the physical pain that they release when they’re unburdening the feelings that they’ve kept buried down inside of them,” Kimberly says.

The second part of Step Twelve is about carrying the message of recovery to other people.
This needs to be done carefully. Some key points to remember are these:

Talk to people when they are ready
The Twelve Steps are a program of attraction, not promotion. We draw people into the Steps by our own example. When the right time comes, they’ll ask: “How can I get what you’ve got?”

This leads naturally to the third part of Step Twelve—practicing the principles “in all our affairs.”

Step Twelve boils down to the principle of brotherly love.