Fellowship Hall » About Us » Meet Our Leadership Team

At the helm of Fellowship Hall is our Board of Directors, made up of community volunteers who keep the organization on mission with an eye toward attaining our vision to be a recognized as a leader in the treatment industry. 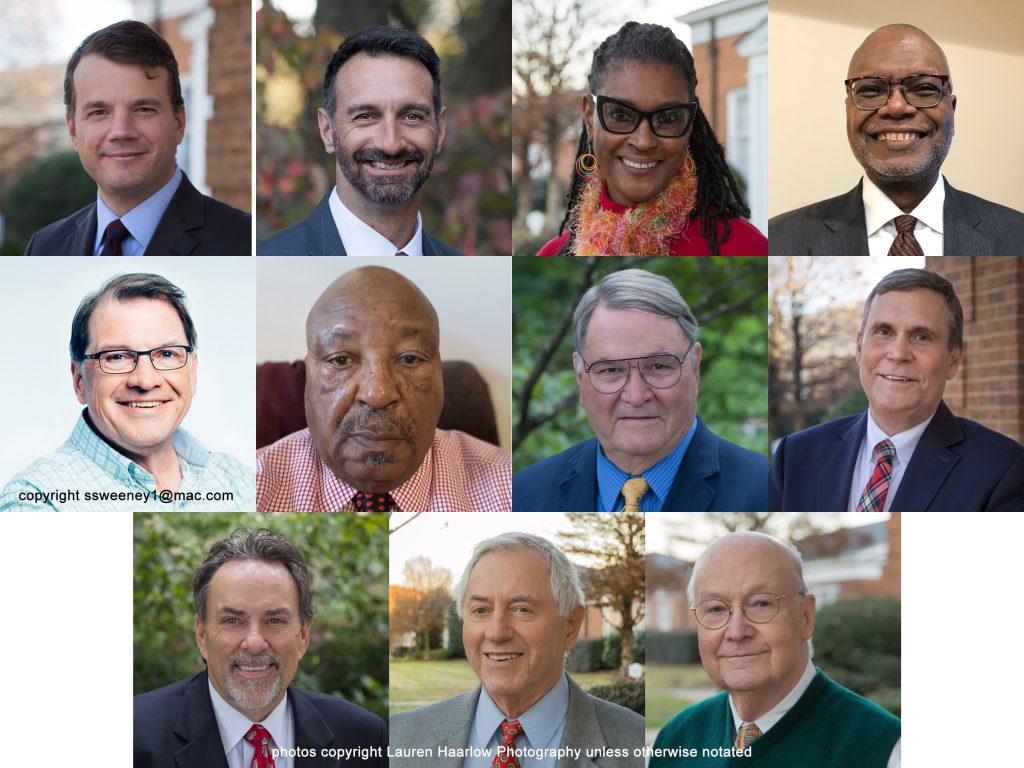 Mike Yow began his career in substance abuse treatment in 1988 at the Crawford Center in Greensboro, NC. Mike brings a broad range of experience in inpatient, outpatient, and extended treatment services. He has been certified by the North Carolina Substance Abuse Professional Practice Board since 1993 and licensed since 1998. He holds a BA from Greensboro College and a Masters from UNC Greensboro. Mike joined Fellowship Hall in 1993 as Assistant Clinical Director and worked to implement and facilitate Fellowship Hall’s Extended Treatment prior to becoming President & CEO in 2016. He is a graduate of Leadership Greensboro, the Executive Director’s Academy, and earned a Certificate of Nonprofit Management from UNC-Greensboro in 2018. He holds a Bachelor’s Degree from Duke University and completed medical school at the University of Pittsburgh School of Medicine. He is Board Certified by the American Board of Psychiatry and Neurology and holds a second Board Certification from the American Board of Addiction Medicine. Through Fellowship Hall’s teaching relationship with Duke University School of Medicine Department of Psychiatry, Dr. Washo was no stranger to Fellowship Hall as he completed a clinical rotation here in the mid 2000s as part of his psychiatric residency at Duke. Kelly joined the staff of Fellowship Hall in 2008 as a family therapist and assumed the role of Clinical Director in 2015. She has over 30 years of experience in behavioral health and has practiced in both Florida and North Carolina. Prior to coming to Fellowship Hall, Kelly was part of the Cone Health System for over 10 years. Kelly holds a bachelor’s degree in Psychology from Mercer University in Macon, Georgia, a Master’s of Social Work from the University of South Florida in Tampa, Florida and a Master’s of Health Administration from Appalachian State University in Boone, North Carolina. She is also a graduate of the Executive Director’s Academy through the Guilford Nonprofit Consortium. 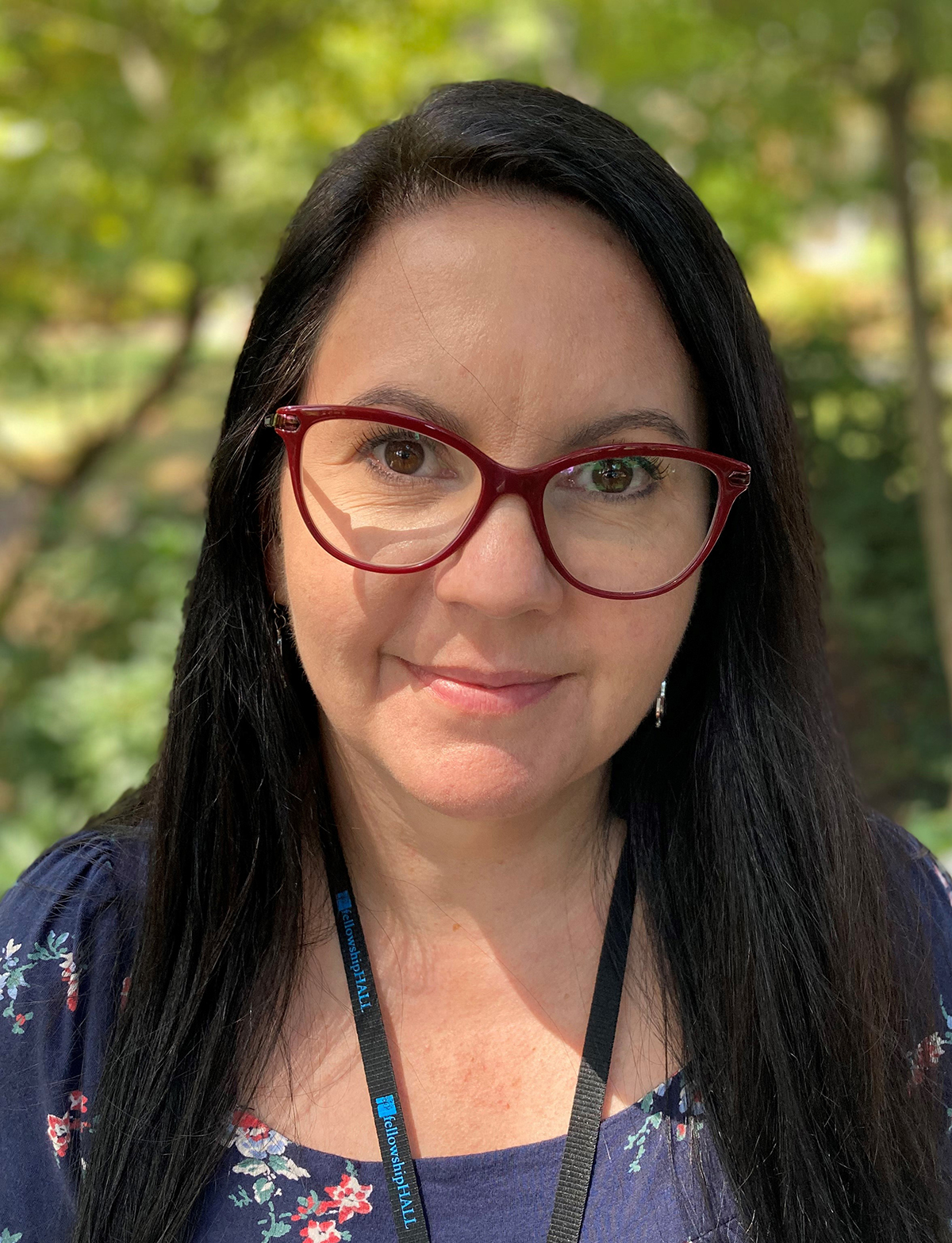 Mysti has over 15 years of experience in healthcare. Mysti joined the Fellowship Hall Nursing staff in 2018 as a staff nurse. She holds a Bachelor of Science in Nursing from the University of North Carolina at Greensboro. Previous to joining Fellowship Hall, Mysti served at Cone Health System, first as a Certified Nursing Assistant before becoming a Registered Nurse and moving to the Intensive Care Unit where she gained clinical experience, including the treatment of acute withdrawal symptoms. She has a passion for working in the addiction field and enjoys spending time with her family and two rescue dogs. 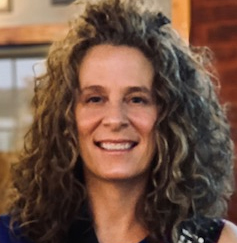 Christina joined Fellowship Hall in 2012.  She holds both her undergraduate and master’s degree in social work from Western New Mexico University and is licensed to practice in North Carolina as a clinical social worker and clinical addiction specialist. Christina has 10 years of experience in the treatment field, serving as primary counselor in Fellowship Hall Men’s Program for the past 4 years before assuming her new role as Director of Admissions. As a person in long-term recovery, she understands how difficult it can be to ask for help. Christina is honored to be part of an organization that operates for the sole purpose of helping people find recovery and get their lives back. Jessica Sheetz joined Fellowship Hall in 2010.  Jessica is a native of the Greensboro area.  She is a graduate of Saint John’s University where she earned a Master of Science in Accounting and also attended the University of North Carolina at Greensboro where she earned a Bachelor of Science in Accounting.  Jessica became a CPA in 2006 and specialized in auditing nonprofit organizations in the public accounting arena prior to joining Fellowship Hall.  Jessica is a member of the NC Association of Certified Public Accountants and a 2018 graduate of Leadership Greensboro. Altina joined Fellowship Hall in 2015. Her previous experience included serving as Director of Marketing and Community Affairs and interim president of the United Arts Council of Greater Greensboro (now known as Arts Greensboro).  She received a BA in studio art from Campbell University and completed the Executive Director’s Academy at the Guilford Nonprofit Consortium as well as the Leadership Development Program at the Center for Creative Leadership. Lori joined the Fellowship Hall team in April of 2013 as a Human Resources Assistant and moved into the Director role in 2016.  She moved to the Greensboro area in 2008 and began working in the recruiting industry which solidified her passion for working in the human resources field.  She graduated from Erskine College in Due West, SC in 2005 with a double major in English and Psychology.  She is a member of SHRM and a graduate of Leadership Greensboro and enjoys being involved in volunteer and outreach projects that serve the Greensboro area. Warren joined Fellowship Hall in 2012 and moved into his current position in 2016.  He received a Bachelor of Science degree in Business Administration from UNC-Chapel Hill and became a CPA in 1977.  His previous experience includes 17 years in public accounting and 17 years in private industry as Chief Financial Officer in various companies.  He is a member of the NC Association of Certified Public Accountants. A native of Gibsonville, Billy has been a familiar face around the Hall since the mid-90s. He first began working with the Hall as an outside contractor, and formally joined the team in 2002. His previous experience includes many years as a residential contractor, and he still holds a North Carolina Residential Contractor License. As Director of Facilities, Billy manages and oversees the maintenance of all Fellowship Hall property, buildings, equipment, vehicles, grounds, and other physical resources used by Fellowship Hall staff, visitors, and guests. He also oversees the Dietary Department and works with the Chef and Dietary Supervisor to ensure that the department runs smoothly. When he’s not on-call, Billy enjoys spending time with his family, riding his motorcycle, and restoring vintage tractors.